Sadly for my grandfather, eldest of three brothers, his war time was to end tragically. He was an expert navigator and bomber fighter, attached to the RAF and took part in most of the major bombing raids in Germany and France. In the Battle Of Brest - the first major daylight bombing raid - he was recommended for a DFC (Distinguished Flying Cross) but, because they were short one medal, circumstances on the day meant he was the one to miss out.

"I have been on quite a number of big bombing raids now and realise that the chances of survival are not as great as they might be. Nearly every trip we lose a percentage of our crews and already a great portion of my class have passed on to that happy hunting ground where we will all assemble at the sound of the great trumpet.

Personally I have no fear of these trips at all, and even much less fear death, particularly when I realise that should that be my fate, I will walk the same lanes and fields as the thousands of other young men who have so gladly and willingly died for this great cause.

Not only that, but we will be in the same realm as the great soldiers of England who have gone before us and blazed the way. I feel proud that I have been allowed to serve as an officer in the Royal Air Force and I want you to feel proud with me rather than sorry for me.

After all my sacrifice is very small. It is M (his wife, my grandmother) and JS (his son, my father) who are making the real sacrifice. Sometimes I feel very mean having left them like I have to fight the great battles of life....."

In 1942 his tour had ended and he wrote to his wife and son (my father) to prepare to shift to Canada as he had a position training air crews there and that is where they would live. Then experienced volunteers were called for a mission over Denmark - my grandfather volunteered for one last mission. Sixty aircraft took off on Sunday May 18th - the plane was hit twice by flak and crashed at 0210 at Galskling, 2km west of Middlefart.

My grandmother received the "missing believed killed" telegram just hours before my great aunt was to be married. She kept that information to herself until after the wedding. Another great aunt remembers finding the telegram under the mattress as she made the bed for a guest, later that evening. It was to be months before there was finally confirmation of his death.

Of the 60 planes that set off on that final mission, six were lost and only one of the crew lived, was seriously injured and taken prisoner. There is a memorial to my grandfather and the crew of MacRobert's Reply at Middlefart, Denmark - the stone was taken from the crash site. My grandfather's grave is at Odense near a memorial to the fallen.

My father, who is an only child never had the chance to know his father.

Here are a few excerpts from my great uncle's log book - he was an RAF Flight-Lieutenant Beaufighter pilot and night flyer. He was attached to the 29th Squadron, stationed at Brize Norton.

July 23: (his first sortie) enemy aircraft approached from the North East, scrambled after them, pitch dark night. Got to within one mile of them and they scooted for home.

August 5: Weather very bad. Dark, raining and bumpy as hell. Intercepted a JU88. It took violent evasive action and got away in the dark. It is believed I damaged him canon fire.

August 13: Tonight Jerry raided Canterbury in strength. Three of us went up to intercept. The flak was terrible. Dunne and Hay were shot down. For Jerry shot down.

September 10: (crashed at Bradwell Bay). Flaps damaged by flak and had to make a blind landing in nil visibility. Lucky to get down.

September 13: A JU88 got on my tail and I just saw it in time to peel off. Tried to dog fight with it but it was too dark so I buggered off before there was one less in the family.

November 13: Over Flushing my starboard engine was hit and started to emit sparks. Got an emergency homeing. Over base, the cloud base was just clear of hills and while on circuit the engine ceased. Maintained height on one engine but hit four trees on approach. Managed to crash land and plane went up in flames; got out by the skin of my teeth. Knocked about and not allowed to do any heavy flying for 3 months.

This marked the end of his first tour.

I will never forget those who have either lost their lives or been gravely wounded in any war.
1 comment:

“He’s not perfect. You aren’t either, and the two of you will never be perfect. But if he can make you laugh at least once, causes you to think twice, and if he admits to being human and making mistakes, hold onto him and give him the most you can. He isn’t going to quote poetry, he’s not thinking about you every moment, but he will give you a part of him that he knows you could break. Don’t hurt him, don’t change him, and don’t expect for more than he can give. Don’t analyze. Smile when he makes you happy, yell when he makes you mad, and miss him when he’s not there. Love hard when there is love to be had. Because perfect guys don’t exist, but there’s always one guy that is perfect for you.” 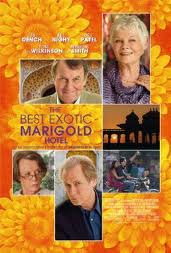 I've been waiting to see this for months and it was truly brilliant! Uplifting, heart warming - I didn't want it to end.

As happens with treasures like this - it won't be around in cinemas for long - so please go see it.  You won't be disappointed.  Now I'm off to book my trip to India (in my mind).
1 comment: 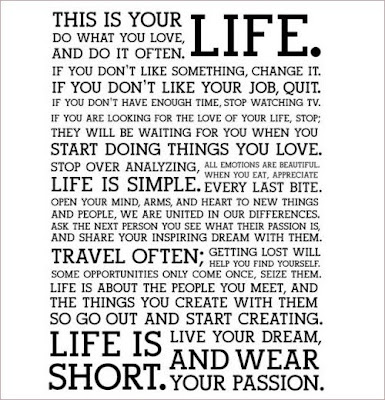 "Who are these people who've got a problem with LA, maybe they're just mad cos they don't live here".
- Ice Cube
1 comment:

My favorite artist. For more of her art, click here.
No comments: 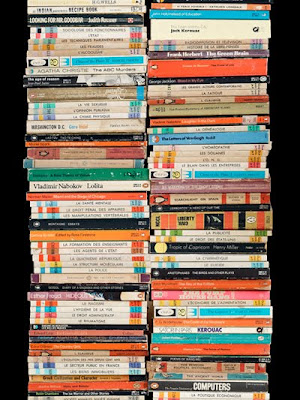 Such a wise man~ 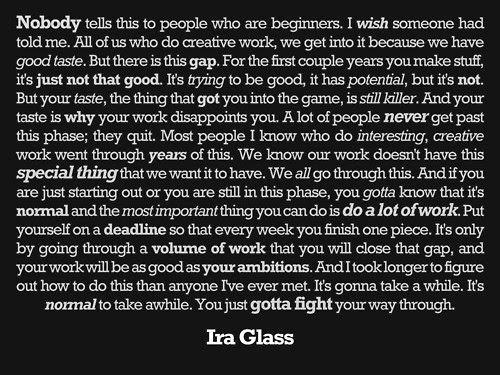 You do not have to be good.

You do not have to walk on your knees
for a hundred miles through the desert, repenting.
You only have to let the soft animal of your body
love what it loves.
Tell me about despair, yours, and I will tell you mine.
Meanwhile the world goes on.
Meanwhile the sun and the clear pebbles of the rain
are moving across the landscapes,
over the prairies and the deep trees,
the mountains and the rivers.
Meanwhile the wild geese, high in the clean blue air,
are heading home again.
Whoever you are, no matter how lonely,
the world offers itself to your imagination,
calls to you like the wild geese, harsh and exciting-
over and over announcing your place
in the family of things.

Such a beautifully fitting poem, read at a 9/11 Memorial Service I attended this morning.

REMEMBERING THE CHILDREN OF FIRST MARRIAGES

Oh remember the children of first marriages
For they are silent and awkward in their comings and their goings;
For the seal of the misbegotten is upon them;
For they walk in apology and dis-ease;
For their star is sunk;
For their fathers’ brows are knitted against them;
For they bristle and snarl.
All you light-limbed amblers in the sun,
Remember the grovellers in the dark;
The scene-shifters, the biders, the loners.

Lucy Tunstall is a doctoral student at the University of Exeter.

From The Paris Review.

"Some people get you and some people don't, and to spend your life trying to make people understand how deep, complex and varied you are - I think that way lies madness".
~ Cate Blanchett
2 comments: 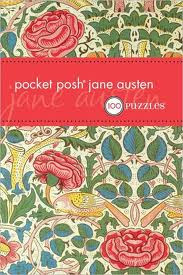 Having a hard time focusing on books right now. This is such a great idea and I love the cover.
You can buy it here.
No comments:

"The one absolutely unselfish friend that a man can have in this selfish world, the one that never deserts him and the one that never proves ungrateful or treacherous is his dog".
~ George Graham Vest
For the lovely Tania who just lost one of her best friends.
No comments:

This Friday - the Royal Wedding 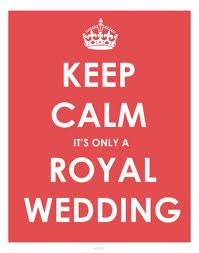 Alarm set, Coronation chicken to be made (will use this great recipe) and will then be ready to watch a piece of history unfold.
No comments: 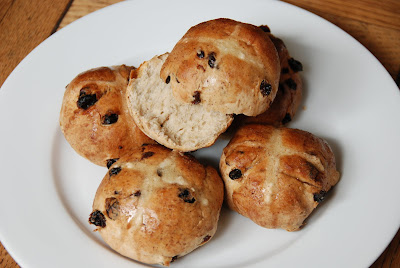 Email ThisBlogThis!Share to TwitterShare to FacebookShare to Pinterest
Labels: The Belle Brigade

from Leaves of Grass

I think I could turn and live with animals, they're so placid and self contain'd, I stand and look at them long and long.

They do not sweat and whine about their condition,
They do not lie awake in the dark and weep for their sins,
They do not make me sick discussing their duty to God,
Not one is dissatisfied, not one is demented with the mania of owning things,
Not one kneels to another, nor to his kind that lived thousands of years ago,
Not one is respectable or unhappy over the earth.

Via StyleCaster
No comments:

I've been contemplating for months the next phase of my blog and here's what I've decided.
I feel there's just too much me, me, me and self-promotion in the world right now and wanted to make this a place to come & find maybe a great piece of music, a thoughtful poem, some delicious photography - a place to inspire, a place to kick off your shoes, lie down on the grass and rest a while.
The comments section has been shut off so that you can feel comfortable to come and go, roam around and not feel awkward if you don't have time to sign the "visitors book".
All are welcome and you can stay as long as you like!
x So Lovely
1 comment:

The Earthquake in New Zealand

New Zealand has had a time of it lately - the earthquake last September, the horrific mining disaster and now this........

Hello sweet abandoned blog and my wonderful, faithful readers - I've been away and didn't want my first post back to be about money. The money is not for me though - its for my homeland and the people of Christchurch. This is the first time in the history of New Zealand that a State of Emergency has been declared - tragically lives have been lost, hundreds are still trapped and the city itself is rubble.

Many people have asked me what's the best way to get donations to New Zealand and my suggestion is through the Red Cross.

So here's the link to the NZ Red Cross -

I truly appreciate anything that you can donate - I know times are tough but everything little bit helps.

Update: An official donation website has also now be set up here.
5 comments:

So Lovely
Los Angeles, California
A compendium of what's going on in my head, at any given moment. Life's too short to blend in.